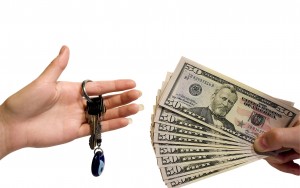 (Betty) rented an illegal unit in the South Bay area for 23 years and established a close friendship with the owner, (Joanne).

During those many years, Betty spread out her belongings into places that were off limits to her, but Joanne said nothing.

Joanne said she didn’t get to the bank until after the middle of the month, so raised no objections when Betty paid her rent after the fifth.

Betty wanted a cat and Joanne agreed and before long, Betty had three felines. Also when Betty moved her boyfriend in, Joanne failed to verify his creditworthiness or issue Betty proper notice.

Even the minimal terms and conditions detailed in her flimsy lease evaporated over the years because Joanne thought she was happy having a friend live there and contribute to her income.

Ignorance may be bliss, and it all came crashing down for Joanne when Betty finally moved out. Betty waited for her security deposit refund (plus substantial interest), but it never came. She wrote a letter to Joanne about 70 days after moving out asking for her refund. In return, she received a letter with a check for only about a third of the amount due and a list of deductions, many of them illegitimate.

She wrote another letter to Joanne advising her of the California law on security deposits, the key point being that if a full accounting is not provided within 21 days after vacating the premises, the entire deposit. Additionally, through Small Claims Court, a fine of $500 can also be applied as penalty for failure to act promptly.

It turns out that the property owner, Joanne, was totally clueless and admitted as much in her response to Betty. She had no idea that she had 21 days to provide an accounting and no idea where she might go to get information about her responsibilities as a rental property owner.

Apparently, she was not aware that her property was zoned as a single family residence and that she needed a Certificate of Occupancy to add a second housing unit to the building for rental. She probably never paid income tax to the State or Fed on her rental income.

Joanne’s letter to Betty detailed a long list of complaints about her behavior as a tenant in retrospect. She now regretted doing nothing about all the alleged violations for the terms of the lease (written on standard stationery lease form, missing any of the legal language imperative for a lease.

While Joanne didn’t explicitly say so, she also obviously ignored all hose messy details in the many ballot measures and landlord-tenant battles, waged over the years at the Board of Supervisors, assuming that none of it really affected her.

She never bothered to appreciate the fact that she really was in business as a rental property owner and that there are many laws that restrict or regulate a property owners. She blindly assumed that these laws protect both renters and landlords equally.

Had she only hired an experienced and professional South Bay rental properties management company like South Bay Property Management & Sales, Inc in Torrance she would have been just fine. Please fell free to call us at (310) 561-8883 or contact us here for more information.

Hello, I'm Tim Kelley, owner of South Bay Property Management & Sales, Inc (a division of South Bay Real Estate Group) in Torrance, Ca. I was born and raised in the South Bay, so I know this area as only a lifelong [Read More...]

South Bay Property Management & Sales in Torrance has been buying, selling, leasing and managing residential and commercial properties in the South Bay area of Los Angeles for over 30 years. We deal directly with prospects and tenants, saving you time and worry over marketing your rentals, collecting rent, handling maintenance and repair issues, responding to tenant complaints, and even pursuing evictions.